72 people participated in the event. I found it even more memorable than founding Final City when we first opened Delta. While we waited for the opening, we played some games. Froggerooh setup the staging area around what he liked to call the “Omega Relay”, a massive Stargate that would ceremoniously teleport us to the new world. After a 20 second countdown, I fired up the Stargate and much fireworks, as people rushed through the event horizon. 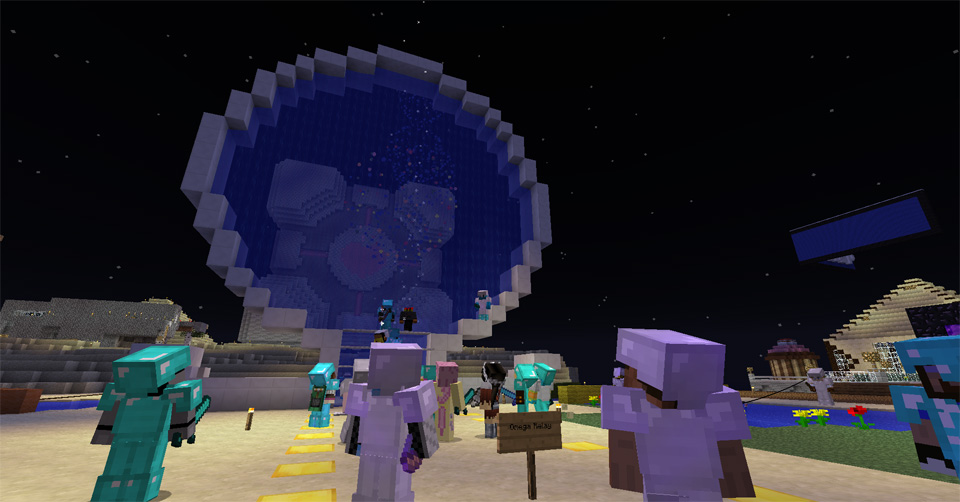 In the first day we built nearly a kilometer of our highway. Here you can see me laying the first part of the road in what is now spawn. 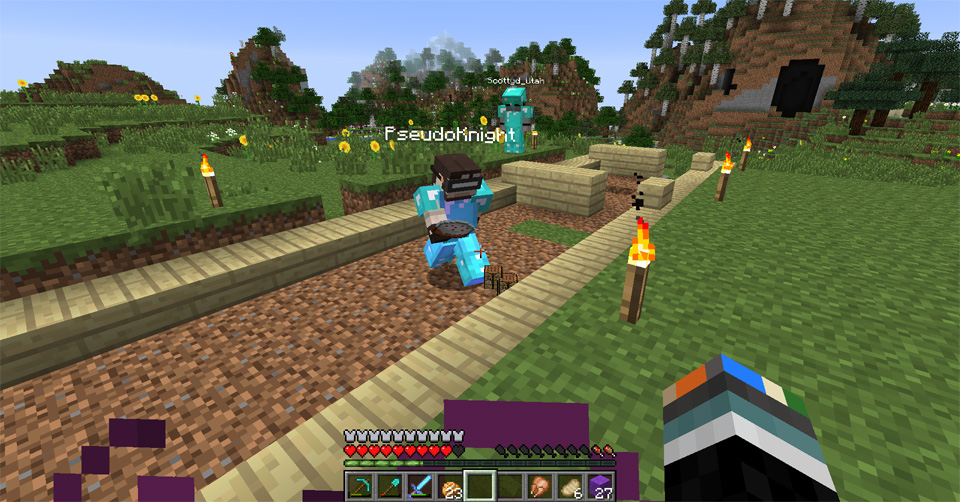 I was impressed with the organization. Several players brought massive amounts of resources and gear to help out (I tried listing them here, but far too many people contributed! Though, some went way beyond the call.), which together with the labor made building the road almost too fast to manage. I was scrambling to keep up. At our peak we had 31 players on, some new and old faces. This shot was taken 11 minutes after countdown, and we had 29 an hour and a half later. We had about half the players in Mumble. 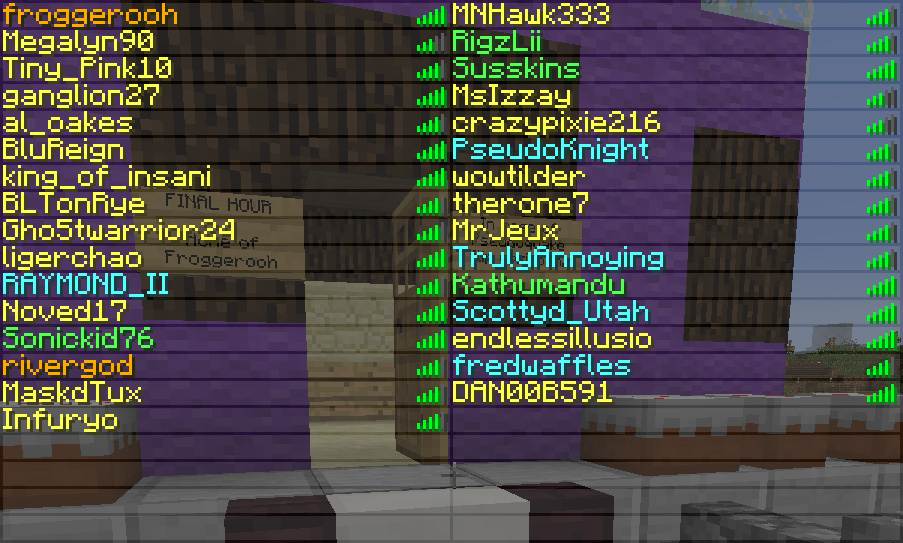 We took a break a few hours later to play some mini-games over at FrogPark, which was fun. Scottyd and I streamed the whole thing.

This is what the world looks like 36 hours later. 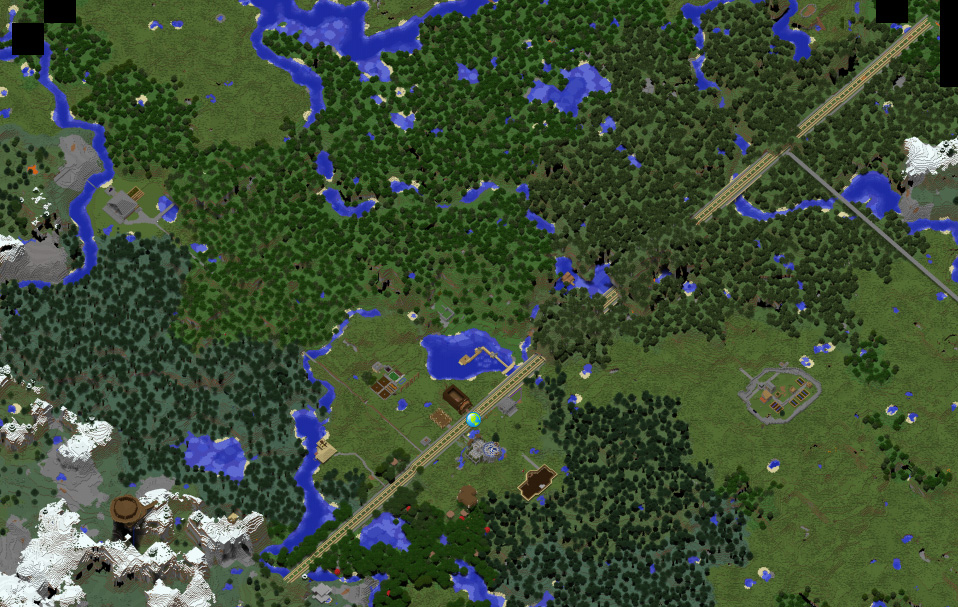 Thanks for coming, guys. I hope we can do more things like that in the future.